Note: This post builds upon an exploit from previous post here, that may be useful to read first.

Recently I disclosed a local privilege escalation, CVE-2020-28243, in SaltStack's Salt via specially crafted process names. However, due to an incomplete fix, argument injection leading to a low impact denial of service is still possible.

As with the previous post, this is going to be quite a long read, so I've added links to the specific sections you might be interested in:

After SaltStack released the security fix for CVE-2020-28243, I looked at the diff to see how they had sanitized the package names to prevent command injection:

At first glance, this all looks good with the following changes:

However, the developer that added this fix has made an error with their usage of shlex that does not adequately protect again all types of injection. This is quite interesting, so let's create an example script and have a play:

Let's test this script with some payloads to see what the final command becomes. If we create the command with expect input, which is a legitimate package name, such as dpkg:

Unfortunately this will no longer work because of the removal of shell=True causing the || to be interpreted as a string.

But what happens if the package name contains spaces?

Each space added to the variable we control results in an additional argument to dpkg-query rather than the package being passed as a single argument. This is probably an oversight by the developer who implemented the shlex.split fix as package names typically do not contain spaces.

You might be looking at this and thinking, so what? where's the vuln?

Well this can be used to perform argument injection into the dkpg-query command by inserting additional arguments that will be interpreted as options. For example, we could add the --load-avail and --no-pager to list all of the packages on a system.

Now we've managed to find something that will change the expected output of a single line to about 3000 lines, this will probably slow down SaltStack but not much else, let's see if we can do something better.

A successful argument injection relies upon the command in use having an argument that can be exploited in order to do something interesting. A typical use for command injection is abusing poorly written sudoers rules.

gtfobins is my go-to resource for easily finding out how to find potential command injections in common commands. Otherwise inspecting help messages and digging through man pages can be useful.

Unfortunately, none of the arguments for either of the three command used by this module: dpkg, repoquery, or opkg appear to be useable to achieve command execution or even file write. If you can think of a way, I'd love to hear it, please get in touch!

But, there are several ways we can create a denial of service for each of them by forcing them to read from a file that we control.

A First-In, First-Out (fifo) file is a special file in unix that once created must be opened at both ends simulatenously (read + write) to operate on it. These files can be created using the mkfifo command.

This means that anything trying to read a fifo file will hang until something opens it for writing. We can use this special file to cause a denial of service by getting a program to attempt to read from it.

We can now combine the use of fifo files with argument injection for each of the three platforms. This results in payloads that will cause the package listing commands hang indefinitely.

When the admindir is set dpkg-query will use a different directory and this attempts to read from a status file. As we are holding this file open with a fifo file it will cause the hang.

This can be done in a similar manner for both repoquery and opkg:

However, the exploit we are using will not allow for forward slashes (/) so we will target only the dpkg-query command.

We can reuse the exploit developed for the previous CVE. We have our helper.c program:

And the only bit that needs changing in the shell script is to add the creation of the fifo file before running our exploit script:

The solution SaltStack implemented avoids the need to use shlex to escape the command string as it builds an array that is passed to popen. This ensures that the package name can only ever be a single argument as spaces and quotes will be escaped automatically.

This will protect against argument splitting and make most attacks unfeasible. SaltStack shared this solution before releasing the bugfix for approval. However, it still isn't quite perfect as we can still provide a single argument that could cause a denial of service:

There's one more thing we need to do to harden the fix:

In many POSIX compatible commands -- indicates the end of options and all arguments that follow are positional only.

We can use this to help further sanitize the commands by updating the cmd_pkg_query's so that it is impossible to provide any arguments after those already specified.

Together these two fixes will protect against both command and argument injection.

Once again, SaltStack were professional and responded very fast. As this exploit's impact was minimal, we decided not to obtain a new CVE for this vulnerability, and SaltStack would release a bugfix to the current update. The whole timeline for discovery and disclosure can be seen below:

Application security is hard. This vulnerability has highlighted just how easy it is for developers to make mistakes when implementing security fixes.

Sean pointed out that if SaltStack had used coordinated disclosure from the start, then this would have been picked up before going live. To SaltStack's credit, they did this the second time around, which led to additional hardening. 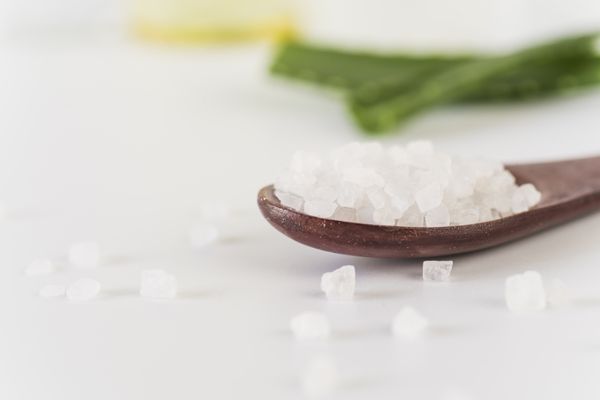 tldr;I discovered a command injection vulnerability in SaltStack's Salt that allows privilege escalation via specially crafted process names on a minion when the master calls restartcheck. Affected Versions: All